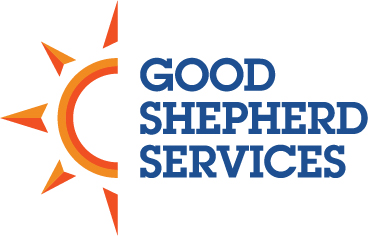 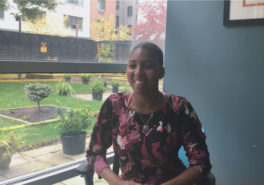 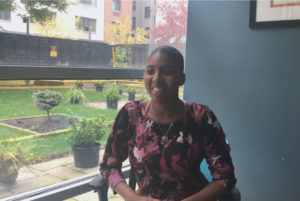 If you asked 27-year-old Aretha Boomer where she will be in 20 years, you will hear a plan that includes marriage, children, world travel, wealth, and — building a place where youth experiencing homelessness can call home.

“I think really long-term. One day I’m going to own a building like this to provide housing to foster care youth and homeless youth. This is just a chapter of my story to help me get on my feet,” Aretha said.

The chapter she’s referring to is one that started about four years ago when Aretha moved into our McLaughlin East Harlem Residence (MEHR) for adults aged 18-25, after living in a woman’s shelter where keeping her head on a swivel was essential to survival. She had to watch her own back and front. To unpack why Aretha was living in a shelter, we’ll have to go back almost two decades to when she entered foster
care at 6-years old.

Aretha’s parents suffered from drug addiction —a chronic relapsing brain disease that made it difficult for them to safely care for their two daughters. When conditions at home became harmful, Aretha and her younger sister were placed in the same foster home where they were later separated for reasons unknown to her. She hasn’t seen her sister in over 15 years.

Aretha was adopted at 10-years-old by her foster family and everything was fine until high school. Although she was on the honor roll and a “good kid”, Aretha didn’t feel accepted by her adoptive mother. Arguments throughout her teen year turned into a physical altercation one day and Aretha was kicked out of her home at the age of 21. At the same time, she was failing college because she didn’t have money for books.
That’s when Aretha found a shelter for women where she lived for a few years.

“Regarding foster care, the outcomes are homelessness, incarceration and substance abuse. In order to prevent that, programs like this will help. More supportive housing programs and just resources. If people have the resources then they will be ok,” she
said.

When Aretha arrived at MEHR, she not only found a place to call home, but also other services to support her academic ambition.

“I was really surprised because they offer so many services that I didn’t know during the intake interview. I was relieved because the experience at the shelter was traumatic,” Aretha said.

Those services made it possible for Aretha to afford tuition and books, which will make it possible for her to earn a college degree. She’s studying social work at Hunter College and plans to earn her Masters and License within the next two years. In addition to being a full-time student, Aretha works full-time at a shelter where she assists families with vouchers and furniture allowances as well as works with housing specialists to find families permanent housing. The drive for success, she says, has always existed within her and exists within many youth in foster care.

“I already had the vision. I just needed assistance to make it come to fruition. The funding is not in vain. A lot of people have trauma and they just need an extra hand,” Aretha expressed with deep conviction.

We look forward to seeing the grand-scale impact she’s planning over the next two decades.

Read our other winter newsletter stories

The Unwavering Love of a Mom