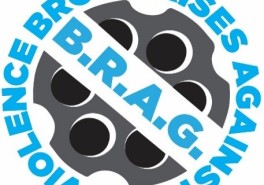 Community members are trying to settle disputes before guns are drawn — but funding for such programs is limited and crime is on the rise.

New York prides itself on being one of the safest U.S. cities after lowering homicides to a fraction of what they were three decades ago, with law enforcement taking much of the credit. Now, a jump in shootings coupled with growing criticism over police brutality has eroded that confidence, and the city is turning to neighborhood groups outside of the usual system.

More than 300 people were shot in a month through mid-July, three times the total during the same period last year. One of them, 22-month-old Davell Gardner Jr., was killed in his stroller when shots were fired at a group during a Sunday night cook-out at a park in the Bedford-Stuyvesant neighborhood of Brooklyn. July’s final weekend toll: 34 shot and at least 10 dead, including two teenage boys playing basketball.

The city’s response to the wave of violence seemed counter-intuitive to some in the NYPD when in June, Police Commissioner Dermot Shea disbanded precinct-based plainclothes anti-crime teams that for decades were responsible for a large number of gun arrests. Those units also were the source of a disproportionate share of abuse complaints, Shea said. That hurt efforts to gain trust in minority communities, he said.