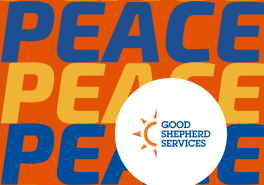 The mid-August night was just the latest grim evidence of a yearlong wave of gun violence that has confronted the city. But amid the drumbeat of reports of shootings, experts who study the issue say that recent gun violence data has shown a downward trend.

This June and July saw considerably fewer shootings than those months in 2020, experts note, and the numbers have not reached the stark levels many feared they might.

Experts caution against drawing conclusions from limited data and note that the recent trends could still change. Shootings also remain significantly up from prepandemic levels. But after the toll of the past year, the preliminary numbers have offered reason for optimism.

“In April and May, all indications were that where we were headed was even worse than most of last year,” said Marcos Gonzalez Soler, who heads the mayor’s office of criminal justice. “I think that is a very different universe from where we are now.”

As New Yorkers emerged last summer following months of isolation during the pandemic’s peak, the city began to experience the worst gun violence it had seen in decades.